Le Monde diplomatique: Water stress is defined as having a high percentage of water withdrawal compared to total available water in the area

Water: Only 3% of water on earth is fresh water. 70% of the fresh water is locked
up in ice caps and glaciers. Only 1% of the fresh water is surface water in lakes and rivers and many rivers no longer make it to the oceans, and if they do they are often polluted carry high levels of industrial, municipal, and agricultural runoff that cause growing anaerobic “dead” zones in oceans.

Water and Sewer costs are rising as water resources are depleted and regulations to improve water quality are expanded as well as regulations to further reduce pollutants discharged into rivers from wastewater treatment plants. 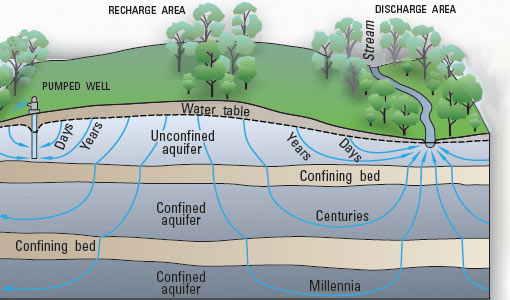 Fossil Aquifers are being over-pumped around the world, which is stressing world water supplies.

Agriculture is by far the largest water user and more efficient irrigation improvements are critical to controlling these pumping rates. 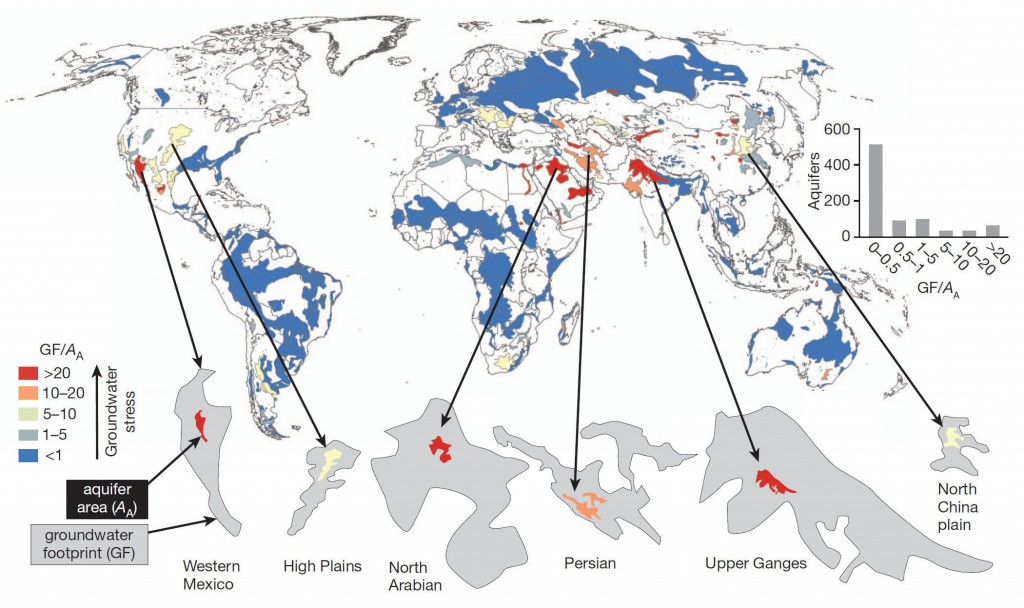 Source: Nature: As shown, the “footprint” (gray) represents how much water people are drawing from the aquifer, compared with how much the aquifer holds (in red, orange or yellow, depending on how bad the water imbalance is)

The best analogy is that we have a bucket of water that never gets refilled, and we keep taking water out of the bucket – eventually the bucket will run dry.

Source: Le Monde diplomatique: Water stress is defined as having a high percentage of water withdrawal compared to total available water in the area